Home » What is Belly dance?

What is Belly dance? 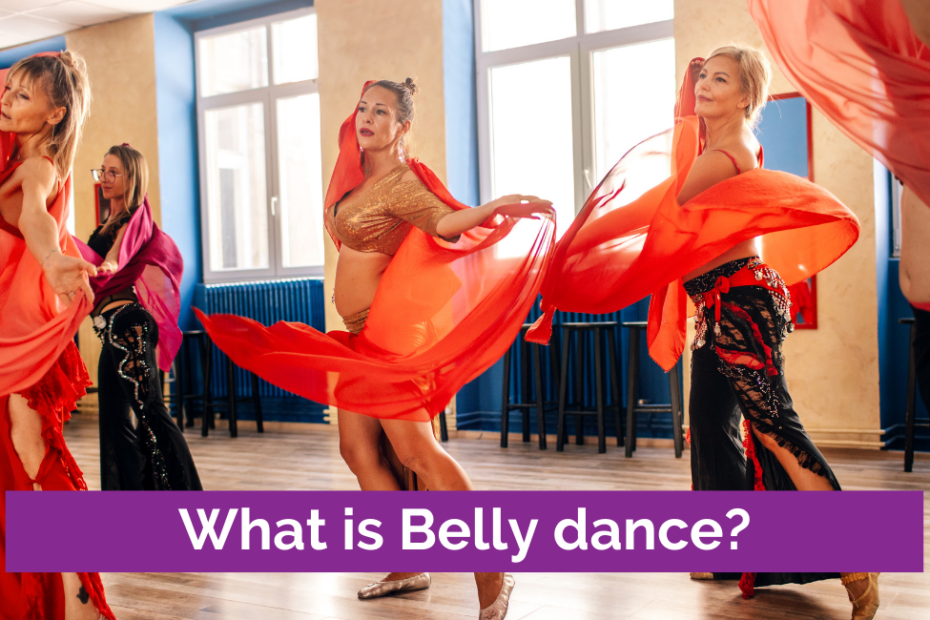 Belly dance is the western name for Raqs Sharki a type of middle eastern dance. It is a dance that is traditionally solo form and is improved with the name it referring to the torso isolations. When your hips are moving, you have a natural shimmy to your midsection refers to the western called name. Every region in the middle east has different look to the dance and costumes can vary in style. The dance has boomed in the 2000s and has grown to global portions of popularity for fitness and as an art.

The movements found in Belly Dance

Flowing in and out of movements using 8s/infinity loops or circles with your hips generally. This is normally used for interpreting melodic lines in the music. These moves depend upon abdominal muscle control.

Sharp and quick bumps with the hips. These movements are use to emphasize the music. Hip drops, hip lifts, Vertical hips up and down, hip twists, belady step to name a few. Also you can you upper torso in movements, ribcage drops or lifts and shoulder accents.

This is a continuous fast shake of the hips or shoulder. It adds texture to the movement. Shimming can vary in size and in execution of the step. These different shimming can be used as a layer in a movement to further the interoperation of the music.

The influence in western dancing styles has introduced with different kinds of level changes, traveling steps, and turns like the arabesque. More modernly the Egyptian style has put in a lot more high kicks and modern dance movements as the dance evolves.

It is know a folk and social dance a lot like samba is to brazil. And as a performance art aspect depending on who you talk to. When it is in its social dance context, ordinary families and friends dance parties and wedding but not as a professional dancers. These people are normally dress without proper dance attire just having fun. It is in more conserved families and areas that would have separate rooms for the party for men and women. Belly dancing is not the only dance in the middle east. There is Dabke that is typically done in Palestine, Lebanon, Syria, Jordan and Iraq. In the Arabian Gulf countries also known as Gulf Cooperation Council (GCC) they also have their kind of dancing called the Raqs Al Nashal. Each style of dance has their own drum rhythms.

Learn more: Growing Up with Dance: Ingredients for Success