Home » How To Learn K-Pop Dances

How To Learn K-Pop Dances 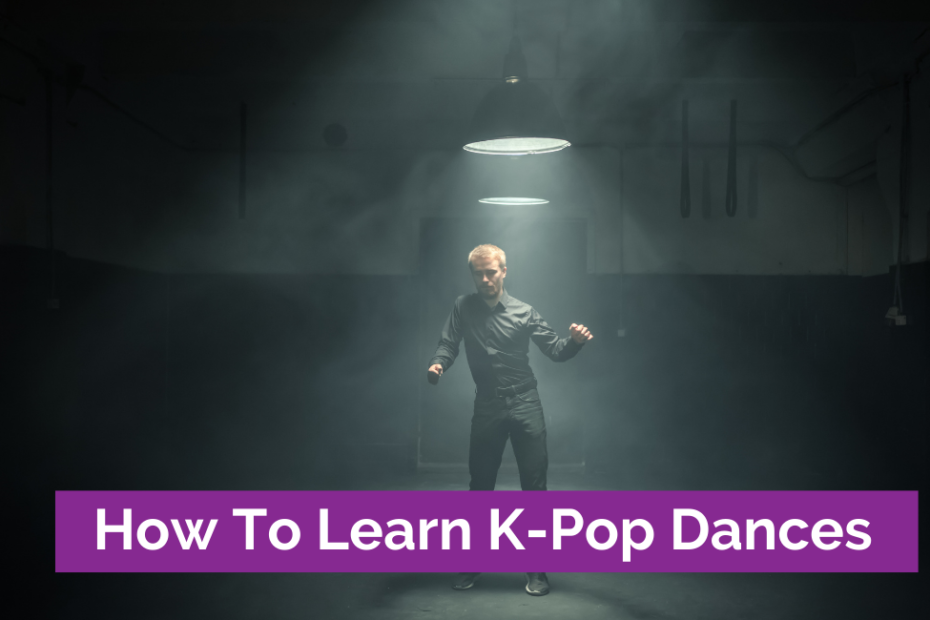 So, if you’re anything like me, you enjoy a good K-Pop song and the accompanying fun, popular choreography.

Even though the dances are designed to be simple to learn, it’s easy to feel frightened when you’re watching your idols perform moves that they’ve been practising for years!

So I set out to learn how to perfect K-Pop routines and perform like a real K-Pop star.

Now I’m going to tell you everything I’ve learnt.

Continue reading to learn everything you need to know about becoming a K-Pop dancer.

WHAT EXACTLY IS K-POP?

Koreans were exposed to Western music through American missionaries and radio transmissions from the 1880s to the 1940s, but it wasn’t until the 1940s, when North and South Korea split up, that K-Pop really took off.

As a result, South Korean musicians began incorporating Western rhythms, instruments, vocalisation styles, and languages into their own music.

And, sure enough, Korean vocalists began to break through in Western circles.

Do you know who The Kim Sisters are?

They were the first Korean artists to release an album in the United States in 1959!

This song, of course, does not sound like K-Pop as we know it…

K-POP MUSIC IN THE 21ST CENTURY

The internet made it easier than ever before for countries to share music with one another throughout that time period.

The Korean government was focusing more on exporting its music, but it wasn’t just the K-Pop industry that was in charge anymore!

Despite the fact that their single Nan Arayo received a low rating on a televised Korean talent programme, their fans went crazy for the song and the album.

They uploaded their music video on YouTube, and the song gained popularity in the United States, where it was discovered by new audiences!

Whether it was Seo Taiji & Boys’ unique fusion of Rap, Hip Hop, Rock, Jazz, and EDM, the sound of the Korean lyrics, or their standout fashion sense, thousands of teens and tweens around the world saw their video and referred to them as “idols” – a term that would go on to become the most common descriptor for K-Pop group members.

WHAT IS K-POP DANCE, EXACTLY?

Of course, one of the most distinguishing features of K-Pop is the dancing!

The choreography is jam-packed with entertaining dance techniques that are very simple to pick up.

Since the late 2000s, K-Pop choreography (as well as the highly produced music videos that displayed it) has played a significant role in the genre’s virality.

The choreography for each song’s chorus was designed to be catchy and approachable, so that anyone could “cover” the choreography as easily as they would the music itself.

The motions and combos were highly influenced by 90s/2000s American groups’ Hip-Hop-heavy choreography, but K-Pop dances also tended to lean very cute/playful or very edgy – much like the music itself.

Compare the choreography of Britney Spears and Girls Generation, for example.

Sharp and precise movements, hyper-feminine grooves, and playful gestures abound in both. It’s also not just one individual who’s dancing. You get to witness a lot of people moving at the same time!

Many of the early K-Pop groups that became popular in the United States followed this template, but the first modern K-Pop song to receive substantial radio play had unisex routines that could be performed by anyone of any age.

WHAT IS THE BEST WAY TO LEARN K-POP DANCES?

If you want to learn how to dance K-Pop, start by identifying a few groups with whom you have a strong connection.

Then you may figure out what makes their choreography so special and perfect it!

If you truly like BLACKPINK’s Lisa, for example, you’ll notice that she’s all about meticulous details and giving her stage performances a lot of strength.

So, as you rehearse each move in a BLACKPINK or Lisa routine, pay special attention to those style components.

Consider flicking your wrist to complete a manoeuvre or tilting your head at a specific point.

When you strut, remember to keep firmly planted on your feet rather than bouncing lightly.

You can next concentrate on perfecting the actual dance steps once you’ve decided on which idol you wish to imitate.

If you’re new to dancing, look for choreography that’s a little more smooth and groovy to begin with.

Basically, you want to search for motions that you’d see in a club or at a party.

Learn more: What is Belly dance?