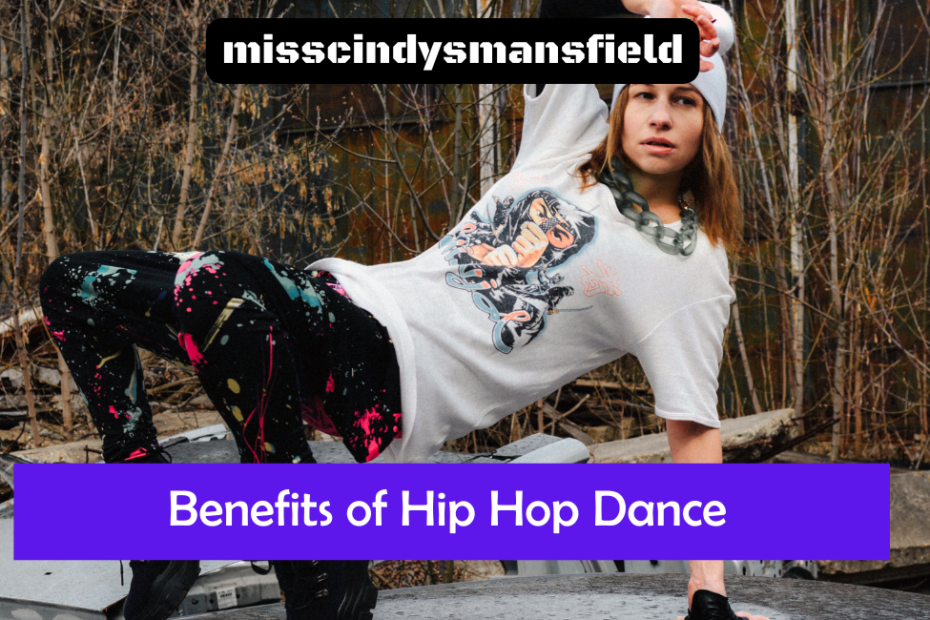 Hip-hop dance instruction can be one of the hardest and most gratifying experiences of your life. The genre’s deceptively casual and fashionable aesthetics conceals more than meets the eye.

Hip-hop is a highly styled and refined discipline that can call for a tenacious work ethic and years of physical preparation to produce the slick final product.

Like hip-hop music, hip-hop dance is an evolving art form. It relies on both dazzling inventions and certain enduring traditions to maintain its distinctively avant-garde cultural stance. Hip-hop can push the limits while honouring and respecting its illustrious traditions. And therein is the key to its almost global appeal: It always develops artistically while preserving its foundational past.

It makes sense why hip-hop dance is so well-liked among students of all ages. Here are a handful of the many advantages of learning hip-hop, whether you prefer online or in-person instruction.

Hip-hop dancing is cool; it always has been and always will be. Why? It’s not only a dancing form, to start with. Rock and roll has a richer history and culture than hip-hop, if not more so. Both musical genres exemplify the countercultural ethos of disobedience. However, the hip-hop scene developed into a dance style and swagger that are now renowned for being slick and lively.

The beats and lyrics in songs are frequently emphasised by hip-hop dance routines. Being “in the pocket” refers to the cool, effortless, almost haughty character that hip-hop dancers are known for. Dancers with good pocket dancing skills have a cool look. Each and every time. Hip-hop dance lessons, the influences that have helped shape them, and the amount of hip-hop dancers that currently instruct this style are all factors in achieving this great quality!

On the opposite extreme, consider hip-hop choreography like krumping, breaking, popping, locking, and other moves that put the human body to the absolute limit. Hip-hop dance may be incredibly exciting to exert yourself in this way, especially if it’s a side of you that you don’t regularly access. Some hip-hop dance is supposed to be in your face and physically powerful.

Hip-hop can be one of the more physically taxing dance forms because to the fast muscle contractions required for popping and locking, the full-body power required to hit the tougher movements, and the cardio required for house dancing.

African dancing has also traditionally inspired hip-hop. This is where some of the dance’s repetitive grooves, low-to-the-ground movements, and cardiovascular elements originate. Hip-hop has something for everyone, whether they’re searching for strength training, a cardio workout, or just to force their muscles and minds to cooperate in new ways!

Hip-hop has always been primarily a social dance. Even without the recent increase in hip-hop dancing videos on TikTok, it has always praised the dissemination and sharing of certain grooves. You can learn them in pieces because many of them have names!

Do we really need to stress how adaptable this dance form is? You can focus on the dynamics of your movement if you enrol in a general hip-hop dancing class. You’ll frequently alternate between calm cool poses where you get to choose your own position and full-out make-it-your-own dancing for an entire eight count since hip-hop choreography inhabits the music it is set to. This can be a terrific opportunity to practise your range of motion and learn how to add your own enthusiasm to choreography.

Hip-hop promotes individual expression more than other dance genres. The genre thrives on the individual energy and expressiveness of each performer, however some forms, such tutting and locking, are more precise. You can experiment with energy, expressions, and even body location as long as you stay in step with the song’s rhythm. You may be able to play with the upper body, particularly if the move is a lower-body step (which a lot of hip-hop is!). This concept can remind you of tap dancing, which also had a big influence on hip-hop dance.

As we said before, being in the pocket exudes the air of confidence. It can also manifest as the unabashed performance of your favourite move on the song’s most emotionally charged line. Hip-hop does not fear a person’s right to personal liberty and expression! Hip-hop classes are a fantastic method to boost your self-confidence in a natural way.

High self-assurance opens us new social options. Hip-hop dancing differs from other dance forms in part due to its ties to contemporary society. Ballet is a very magnificent art form, and it is worth every student’s time who decides to strive for its dizzying heights of performance, but let’s face it: Prokofiev isn’t played in clubs or on the dance floor at wedding receptions. Hip-hop, however, will be played by the DJ. There is a tonne of hip-hop. Additionally, as a student you will be honing your hip-hop dancing skills. Why not let it all out on the dance floor after all your effort in acquiring new skills?

While hip-hop can be traced back to New York in the 1960s and 1970s, it is now present throughout the world, along with hip-hop dance. Hip-hop dance can now be learned anywhere, and the cutting-edge virtual online learning environment is more accessible and engaging than ever. Utilize modern technology to your advantage to make the most of your hip-hop dance education.

We have noted the dual relationship hip-hop dance has to its own past as well as its concern with invention. As an artist, it is tempting to live in this dualistic space between timelessness and the “now here, right now,” which this duality enables students of all ages to inhabit. You’ll learn about the background of many methods as you study under the greats, and you’ll begin to see it in the choreography you observe and study today.

Hip-hop has gradually made its way from the streets to the most prestigious fashion businesses in the world while carefully cultivating its cool, outsider image. The hip-hop dancer is an obvious choice to represent both styles because this territory has made for an excellent breeding environment for both new and old fashions.

According to some sources, hip-hop culture is made up of six distinct elements: beatboxing, DJing, MCing, B-boys and B-girls, graffiti art, and fashion. You’ve already engaged with half of hip-hop culture’s creative outlets if you’re listening to the music, moving to hip-hop choreography, and dressing in hip-hop-inspired attire.

Interestingly, this makes hip-hop dance comparable to opera! Operas used to be a thrilling experience since every element of the production was based on music and design. That’s how hip-hop is related to it; both are genuine artistic expressions that have earned their places in the annals of popular culture.