Home » 7 Facts About Tea That May Surprise You

7 Facts About Tea That May Surprise You 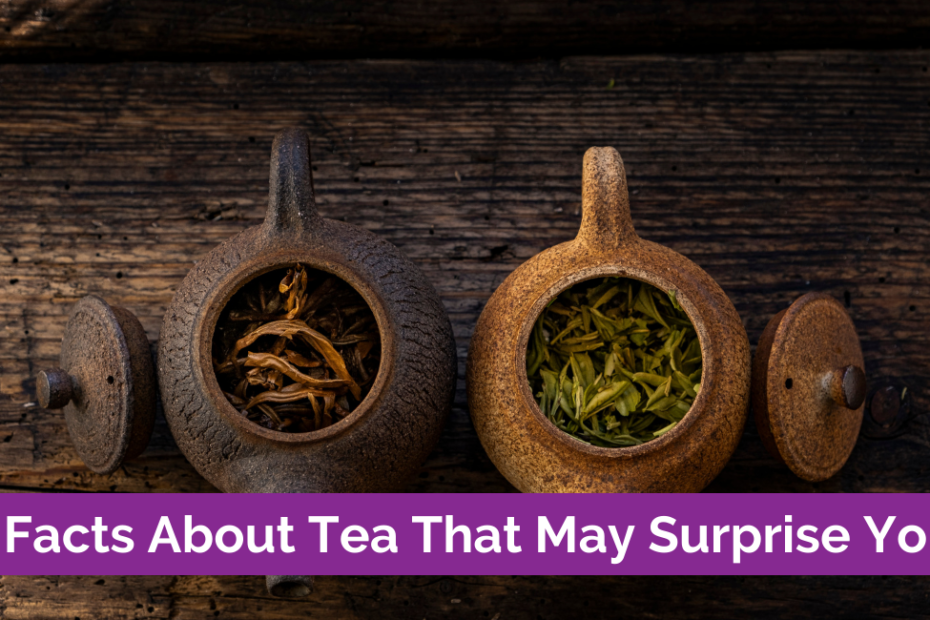 Coffee dominates the morning caffeine scramble for a lot of people, based on the drive-thru line at our neighbourhood coffee shop, which snakes out onto the street and up the block every morning. Tea, on the other hand, consistently outperforms coffee around the world. Here are some more interesting facts to consider:

It’s the most widely consumed drink in the world. Tea is the most popular drink in the world, second only to water. China, Turkey, and the United Kingdom have some of the world’s largest tea populations. Half of all Americans eat it on any given day, while the vast majority is consumed as iced tea.

It’s basically calorie-free. Plain tea, like coffee, has only a few calories per cup and no added sugar. However, what is added has the potential to change that. Fast food restaurants serve roughly 7 teaspoons of sugar in a medium sweet tea and a large iced matcha latte. (For the entire day, the American Heart Association recommends no more than 6-9 teaspoons.)

It all comes from the same plant. Although different varieties look and taste differently, all true tea comes from the Camellia sinensis plant. The black, white, oolong, and green kinds are created by processing the plant in different ways. Black tea, for example, is made from leaves that have been exposed to the air for longer (a process known as oxidation). Herbal teas, on the other hand, are made from a different plant. Instead, they’re made up of different plant infusions.

It’s just as hydrating as water. You might have heard that caffeine-containing beverages don’t “count” when it comes to hydration. However, this is not the case. Because tea is made up of more than 99 percent water, its hydrating properties counteract any diuretic effects.

It contains the same healthy compounds as broccoli. Flavonoids are natural plant components with possible health advantages, and they can be found in foods like grapes, berries, and broccoli. Tea is a particularly good source. A cup of black tea has 170 milligrammes of flavonoids, whereas a cup of broccoli has roughly 3 milligrammes, according to the USDA database.

It’s sometimes topped with cream cheese. Bubble tea continues to be popular. (Is it harmful to your health? You may learn more about it here.) However, keep an eye out for the latest craze: cheese tea, which is topped with a frothy, foaming blend of milk, cream cheese, and whipped cream, as well as a pinch of sea salt. (It won’t compete with plain tea as a healthy beverage, but it could make an interesting dessert!)